Teaser Tuesday is an intriguing meme started by Ambrosia over at The Purple Booker.

All you have to do is:

• Grab your current read
• Open to a random page
• Share two (2) “teaser” sentences from somewhere on that page
• BE CAREFUL NOT TO INCLUDE SPOILERS! (make sure that what you share doesn’t give too much away! You don’t want to ruin the book for others!)
• Share the title & author, too, so that other Teaser Tuesday participants can add the book to their TBR Lists if they like your teasers! 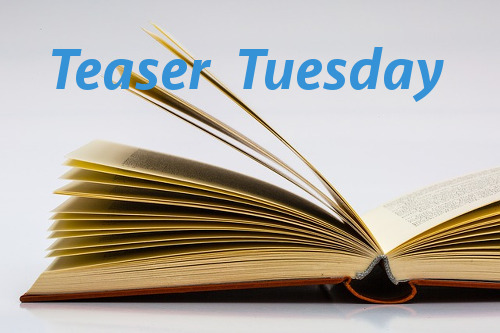 I’m happy and delighted to open this year’s run of Teaser Tuesdays with a book whose announcement made me quite happy: John Scalzi’s first book in a new space opera series, THE COLLAPSING EMPIRE.  The book will come out on March 2017, and to say I was looking forward to it would be a massive understatement, since a new Scalzi book is a cause for celebration (and instant acquisition) for me.

Thanks to Lynn I learned that NetGalley had the e-ARC for The Collapsing Empire on their request list, and I was beyond thrilled to have my request granted (thank you!). This is the premise, courtesy of GoodReads:

Our universe is ruled by physics and faster than light travel is not possible — until the discovery of The Flow, an extra-dimensional field we can access at certain points in space-time that transport us to other worlds, around other stars. […] The Flow is eternal, but it is not static. Just as a river changes course, The Flow changes as well, cutting off worlds from the rest of humanity.

Intriguing, isn’t it? And here is just a tiny bit to whet your appetite:

The mutineers would have gotten away with it, too, if it weren’t for the collapse of the Flow.
There is, of course, a legal, standard way within the guilds for a crew to mutiny, a protocol that has lasted for centuries. A senior crew member, preferably the Executive Officer/First Mate, but possibly the Chief Engineer, Chief Technician, Chief Physician or, in genuinely bizarre circumstances, the Owner’s Representative, would offer the ship’s Imperial Adjunct a formal Bill of Grievances Pursuant to a Mutiny, consistent with guild protocol. The Imperial Adjunct would confer with the ship’s Chief Chaplain, calling for witnesses and testimony if required, and the two would, in no later than a month, either offer up with a Finding for Mutiny, or issue a Denial of Mutiny.

If you’re interested you can read the entire prologue on Tor.com’s site, and enjoy John Scalzi’s engaging writing and distinctive brand of humor.