Top Ten Tuesday is a weekly meme with a bookish (what else?) inclination: each week the prompt encourages us to look through our books to find those who fulfill its specifications – or to give our results an unexpected spin.  Previously created by The Broke and the Bookish, Top Ten Tuesday is now hosted by That Artsy Reader Girl, where you will also find the list of future topics.

This week’s prompt is….

Confession time: no matter how much I try to give myself a schedule of books to read, so that I can achieve some kind of balance between the new books being published and those that have been long languishing on my TBR, I’m painfully aware that I’m far too easily distracted…. Nonetheless, I want to give this a try, and see if I can manage to stick to my promise.

One of the fantasy series that has been accumulating dust on my virtual shelf is Joe Abercrombie’s First Law Trilogy, a grimdark saga which has received enthusiastic reviews. Now that the first book in the sequel trilogy Age of Madness is out, and now that I’ve read and enormously enjoyed it, I want – or rather need – to… go back in history, so the first three books of my Fall TBR are THE BLADE ITSELF, BEFORE THEY ARE HANGED and LAST ARGUMENT OF KINGS. 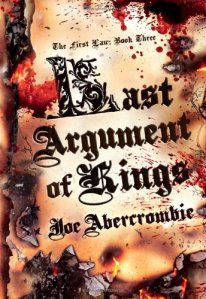 Then of course there is the third and final chapter of Jay Kristoff’s saga The Nevernight Chronicles, DARKDAWN: it’s already sitting on my e-reader and I’m eager to see how this story of bloody revenge will wrap up.

Series are going to feature heavily in this post, and one of my top favorites is Seanan McGuire’s October Daye: the thirteenth volume, THE UNKINDEST TIDE was published recently and I know this will be one of the first fall books I will read, because I’m a huge Toby fan…

Last year, one of my best new discoveries was Fonda Lee’s Jade City, first volume in her Green Bone Saga, an intriguing combination of magic and martial arts. Book 2, JADE WAR came out not long ago and I’ve been eyeing it with growing curiosity.

The same goes for R.F. Kuang’s THE DRAGON REPUBLIC, book 2 of The Poppy War: if you missed that one, I strongly encourage you to read it because of its powerful writing and intriguing characterization.

FLEET OF KNIVES is the second book in Gareth Powell’s Embers of War series, following the amazing first book with the same title: in this case it’s science fiction featuring intergalactic wars and sentient ships. What more could I ask for?

And last but not least, I need to start reading Mary Robinette Kowal’s new SF works, THE CALCULATING STARS (which just won the Hugo) and THE FATED SKY: her fantasy Glamourists Series was a delightful discovery, and I’m curious to sample Kowal’s writing in science fiction. 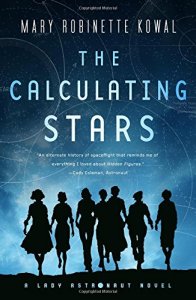 Will I be able to keep my promises to myself?  Only time will tell…. 🙂