Top Ten Tuesday is a weekly meme with a bookish (what else?) inclination: each week the prompt encourages us to look through our books to find those who fulfill its specifications – or to give our results an unexpected spin.  Previously created by The Broke and the Bookish, Top Ten Tuesday is now hosted by That Artsy Reader Girl, where you will also find the list of future topics.

This week’s prompt is….

Book Titles with Numbers In Them

This TTT was a deceptively easy one once I decided not to take the second part of the challenge which required, where possible, to find titles numbered from 1 to 10 – the real problem surfaced once I looked at my list of past books and found that the ones with a number in the title where not so abundant as I thought. Anyway, here is my Top Ten:

1) THE TWO TOWERS, by JRR Tolkien

Pride of place goes to the second book in the LOTR, because… well… Tolkien. Enough said 🙂

The cover I chose is one designed by Alan Lee, one of the best – if not THE best – among Tolkien illustrators, and it portrays the tower of Isengard after the flood caused by Treeebeard and the angry Ents after their discovery of Saruman’s treachery, a very powerful image indeed. 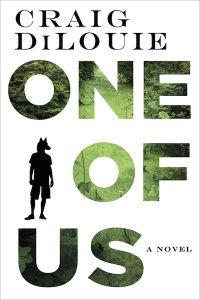 3) ONE OF US, by Craig DiLouie

A dystopian novel about the aftermath of a virulent plague that caused the birth of peculiarly gifted individuals in the following generations: these children are segregated from an ignorantly intolerant world, while the more talented ones are exploited by merciless government agencies. A story showing that the definition of “monster” can take many meanings… 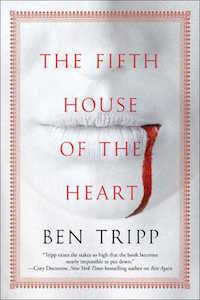 4) THE FIFTH HOUSE OF THE HEART, by Ben Tripp

Much as I always enjoy vampire-centered novels, this one literally blew me away – not only because of its unexpected, peculiar take on the theme, but because of its intense, breath-stopping pace. One of my best discoveries in the genre. 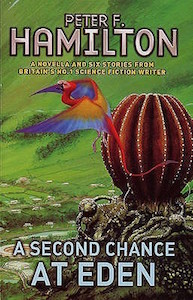 5) A SECOND CHANCE AT EDEN, by Peter Hamilton

This is a collection of short stories set in the Night’s Dawn trilogy’s universe and working as a sort of prequel for the main narrative body. An interesting way of seeing how the various factions like Edenists and Adamists came to be and to find themselves at odds with each other.

The opening novel in the Shattered Sands series, a story of revenge and discovery featuring Ceda, one of the strongest heroines I ever remember encountering. The setting is also a fascinating one: a harsh environment whose cities are separated by huge stretches of desert navigated by ships that sail on the sands propelled by wind.

A delightfully weird story that mixes, with great success, a Western background and Urban Fantasy themes: the city of Golgotha, on the edges of a vast, pitiless desert, is the place where you could find a sheriff rumored to be a walking dead, a housewife with the skills of an assassin or a native who can morph into a coyote. And much more…

8) PORTAL OF A THOUSAND WORLDS, by Dave Duncan

This is a very unusual fantasy set in nineteenth century China, a tale of convoluted plots and long-reaching plans, of sweeping rebellions and personal agendas. Maybe not the best place to look for strong female characters, but interesting nonetheless.

Another book that needs no introduction: it could very well be considered the progenitor of many dystopian novels and the one that is still quoted whenever limitations to freedom – of thought, of expression – are mentioned.

Another seminal dystopian landscape and a nightmare for book lovers, given that in this alternate future books are banned and firemen tasked with burning them every time a hidden cache is discovered. And the other narrative thread, about TV and so-called interactive reality shows being the only kind of entertainment, is just as terrifying…